WHERE HAVE I BEEN TONIGHT – THE BLOG THAT LAUNCHED THE BEATS OF BEAST OF BABYLON Finished it kinda methinks. The Bovel. Serialised here for the first 3 chapters. Read the rest on Kindle.

'the beats of babylon' a bovel*
Chapters

This is the First Edition.

I got one maxim in life – and the sea is my brother by the way – but that aint a maxim, it’s a fact – one maxim in life, and that is Never Lose Control (NLC).
The history of The Earth: ‘I sat on my turnovers and I spilt my tea, I am not the god that you want me to be, I made you on a program deep in outer space.’
I work for a company that designs a game called ‘Race’. You see, it came to pass that an intergalactic civilization of beings undreamably more sophisticated than our own had, within its video game industry, programs where you could design worlds and the people on it, but there are actually so many infinite worlds and a markedly infinite potential for an infinity of further infinite worlds, that it matters not a jot up there if things go wrong and people die and worlds collapse. It’s a bit like having your own spidermonkeys as opposed to tamogotchies.
Well it certainly wasn’t convention to care amongst the vast worlds of Gargantua. The multiplicitous planets within Gargantua had many such quirky little computer programs on their retinal consoles, and a reasonably felicitous, but not evidently over-intelligent (by their standards of course) operative, had designed Earthlings: lions, birds and tigers, and a lot of the other animals and creatures that inhabit the Earth with humans (insects, it turns out are actually from another planet where they are simply known as Crawlings). The programmer’s name was Bob, short for Galacticon Bobellina Felladon Smithereen Willis, from a family of Gargantuan beings – the race of the Zellarons in fact. But that’s not important right now, what is important now is the story of the Earth, how it was made, and how it was nearly destroyed by what to the poor tiny creatures of this besieged planet, were described in the news as Thermo Nuclear strikes, but were actually just simple nanobot program erasures from within the computer at Bob’s house, when he sat on his turnovers and spilt his tea. The story of how Bob saved the Earth is one not believed on his own planet, and he is currently locked up – not for believing in things that don’t exist - but for the universal lack of credulity afforded to anyone within this strata of Gargantua, professing to care, in any tiny way, about such infinitesimal and insignificant things, namely computer generated spidermonkeys; or Earthlings, to give them their proper name.
Lock you up for that they could, and frequently did – a fate which befell Bob, on the last day of the year described in Gargantuan calendars as the year of Twenty Zebedee Zebedee.
But that little story is a mere incidental fact of the matter. The matter is this: Something weird happened tonight. I met a bunch of guys who used to live on that spidermonkey planet. They seemed like good guys, Professional Euroballers as it happens; founding fathers of the game I’m told (apparently the grandfathers of Euroball were captained by Rayners Lane Dave in the antecedent of the game Kickthecan). Pretty good at fighting ninjas too, got me out of a hole. Millenyway, that wasn’t the only weird thing – the Bank of Forgotten Insights, a giant robot called Octavius Dave, ripped itself right out of the ground and is stalking the city as I type. I’m very lucky that my apartment is deep underground, and that I‘ve got plenty of tinned rice-pudding in stock. I don’t really know what the hell is happening. Fortunately, those Prankster guys are coming back for me in the morning, reckon they’ll help me locate Crabtree’s purple sphere, so I can finally get those deals done – I’m running out of credits. All I gotta do is help them find a tiger.

We don’t need to go anywhere: we’ve got TIME.

Of course time travel is possible. We travel backwards through time whenever we remember. We travel forward in time when we imagine.

Fact Reeact was a Lingarian time travelling sales-man, and avid writing hobbyist, dotting back and forth from his office in Liverthon, the capital city of Wongon, Zaylar; one of 217 planets in the western Gargantuan Quadrant.  It’s a built world. The planet is a purple sphere – It has no sky – 4 global vents mind you. All the green is built on something, but it’s very pretty.
‘3 Breaths,’ said Fact to himself as he prepared to walk through the Ninja Ghetto, where hordes of disenfranchised ninjas (DFN), lurked acrobatically with great menace. Fact had recently downloaded an anti-ninja defence app after a couple of pretty hefty beatings, the only trouble was that you had to keep up the stretches, or else the crazy martial arts the programme could make you do, would seriously twang or even snap any muscles not sufficiently stretched. Fact was supposed to stretch for twenty minutes a day, according to the download instructions, but he scarcely managed a quick lean and count to three when his left hamstring threatened to break whilst simply walking down a sunny street in Lingaria. Now he was here, on the way to an absolutely imperative business meeting, at the mercy of the DFN. Still he would rather have the fight app than not, at least it gave you a chance; and if you did stretch regularly and have regular aerobic workouts, the app could make you buss up mans real good.
‘Phreep!’ Fact’s forefingerphone (FFP) made him jump. He pointed at himself and flicked his finger off his thumb, thus answering the call.
‘Fact Reeact here, how can I help you?’
‘Ahh, Mr. Reeact, I know that I was scheduled to meet you in my Wongon office, but alas the Richmond Bowl has become quite overrun by ninjas, so I‘m teleporting back to my sphere…’
Fact felt a sudden pang of fear and anger, knotting up like a sudden inner tummy punch. ‘But Mr. Crabtree – sir – I’m sure we can close the deal on those purple bins today – I’ve got a whole heap of clients from diners and spacebars all up and down the intergalactic highway sir – This will make both of us super spacerich! Think of your constituents sir!
‘That’s precisely what I’m doing dear boy, they need me alive and well – not everyone in Richmond upon Tembe has double trick-nutted BMXs yet my boy, and I will not rest, no I will not yield, until each of them has one; two even…
‘Can’t we do business by phone Mr. Crabtree?’
‘Certainly not, business by phone is as cheap as cybersex; it cheapens one awfully.’ With that, Alexander Crabtree withdrew into his teleporter and dotted the quick journey into his purple sphere, which resided in one of the infinite recesses of Octavius Dave.
Fact shook his finger angrily at himself by way of hanging up his FFP, then turned sharply in alarm as a ninja star suddenly hurtled past his left ear, and lodged itself into the thick trunk of a llama tree.
`
*         *         *         *         *         *         *         * 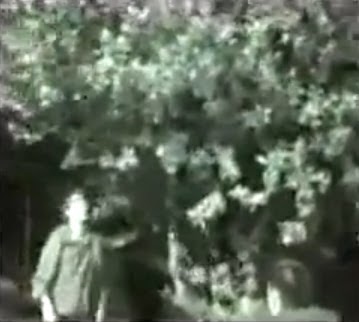 Posted by Kingsley Beat at 12:08 No comments: